Understanding the Rights and Limitations of Creditors 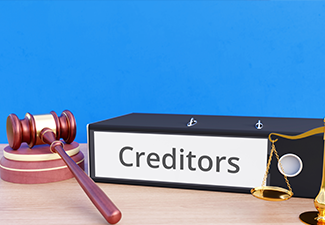 When debtors fail to fulfill their monetary obligations with creditors, creditors may assert their rights by initiating debt collection actions. One of the remedies to collect a debt may include filing a lawsuit or seeking a lien against the debtor.

If you have an unpaid debt and are getting phone calls, emails, or letters from creditors, you need to understand the rights and limitations of creditors. If you are burdened with debt, consider exploring your debt relief options, which may include filing for bankruptcy to put an end to creditor calls and harassment—and get rid of some or all of your debts.

Reach out to an experienced bankruptcy attorney at The Law Offices of David K. Blazek, P.C., to guide you through the complexities of bankruptcy in Tampa, Florida. The law firm also proudly represents the rights of debtors in Miami, Jacksonville, Orlando, and surrounding areas in Florida, as well as some parts of Georgia, including Altana, Columbus, and Macon.

There are several federal and state laws that creditors and debt collectors must comply with when collecting debt:

If a creditor or debt collection company violates any of the above-mentioned federal or state laws, the wronged debtor may be able to file a lawsuit against the creditor or collector to recover damages.

There are specific actions that creditors must avoid when collecting debts:

In addition to creditors’ limitations when collecting debt, creditors have certain rights, including:

Filing for bankruptcy is one of the most effective tools available to debtors to put an end to creditors’ debt collection actions. When a debtor files for bankruptcy under Chapter 7 or Chapter 13, the filing triggers the automatic stay, which requires creditors and debt collectors to stop all attempts to collect the debt, including creditor harassment, calls, garnishments, and even foreclosure auctions.

Get the Legal Counsel You Need

If you are struggling with debt and looking for relief from a debt burden, contact a knowledgeable attorney to understand your options. The bankruptcy attorney at The Law Offices of David K. Blazek, P.C., is prepared to zealously protect your rights and interests when dealing with creditors. With law offices in Boca Raton and Tampa, Florida, as well as Atlanta, Georgia, the law firm is committed to helping debtors regain their financial freedom. Contact The Law Offices of David K. Blazek, P.C., to get the guidance you need.

Modifying a Repayment Plan Under Chapter 13 Medical Debt & Bankruptcy Bankruptcy & Divorce: What You Need to Know How Will Filing for Bankruptcy Affect My Spouse?